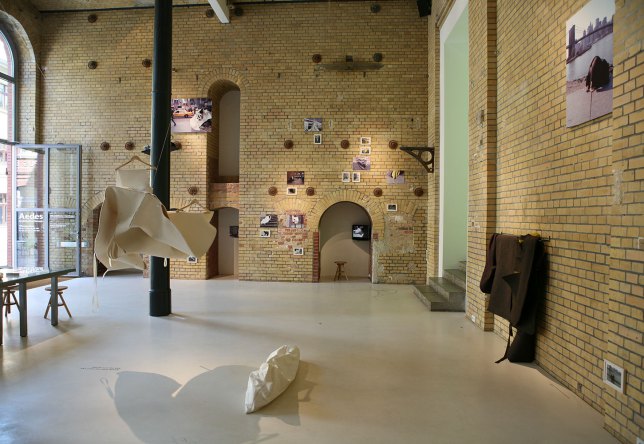 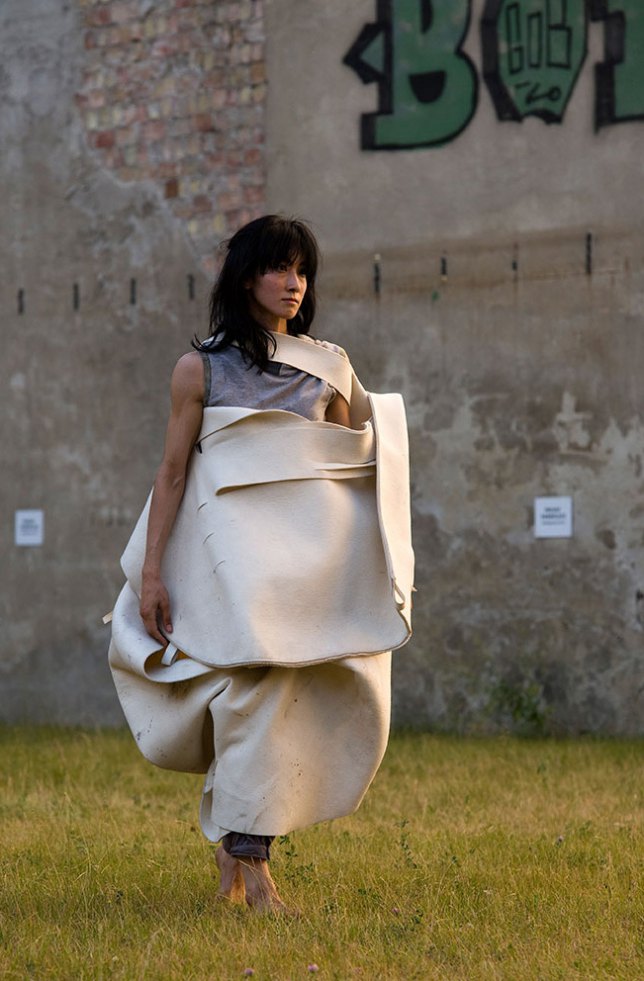 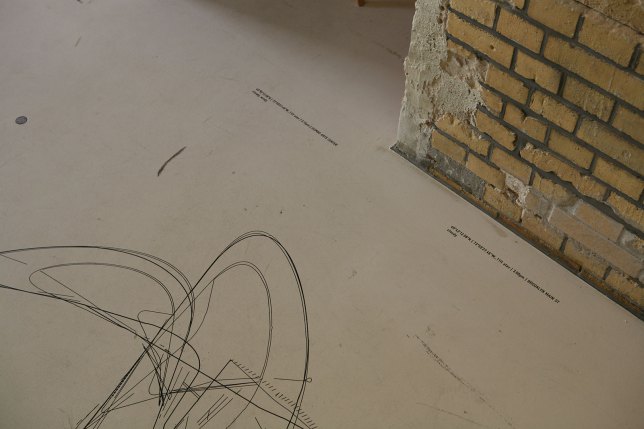 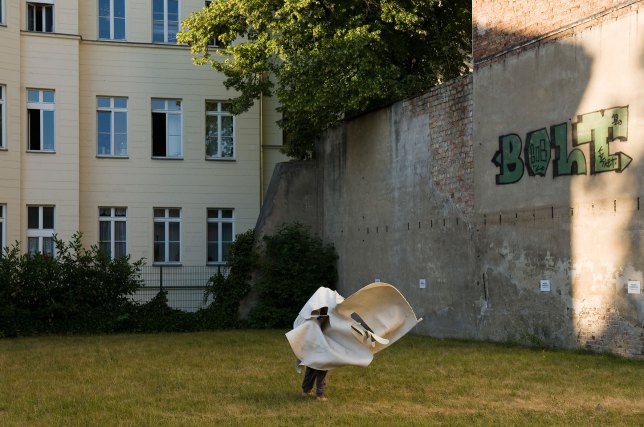 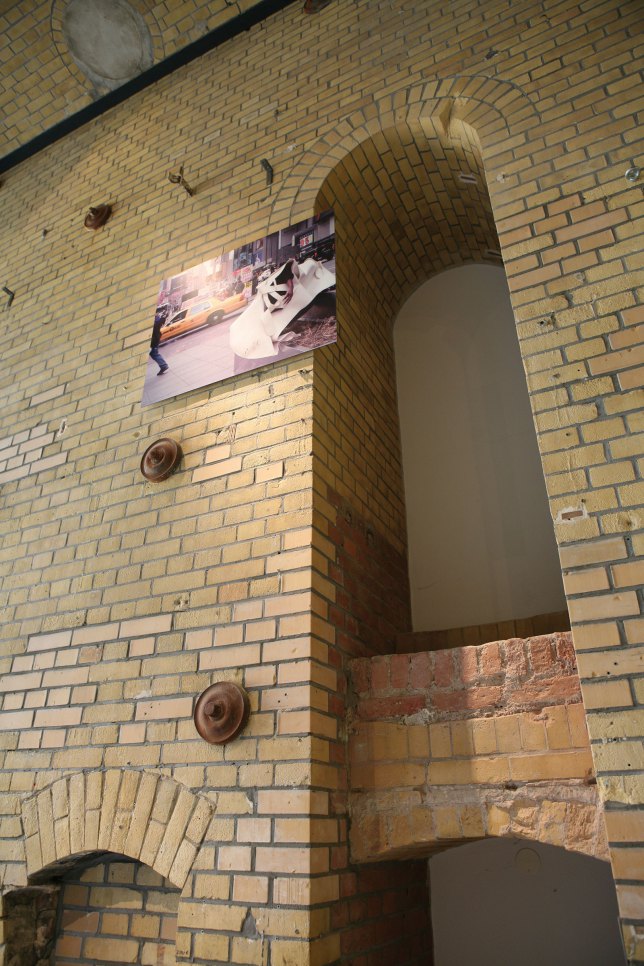 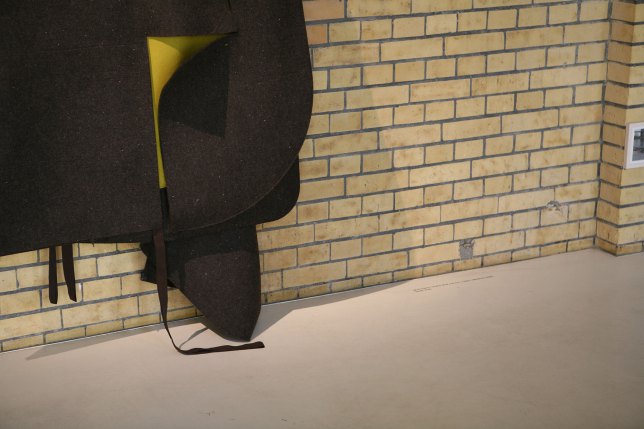 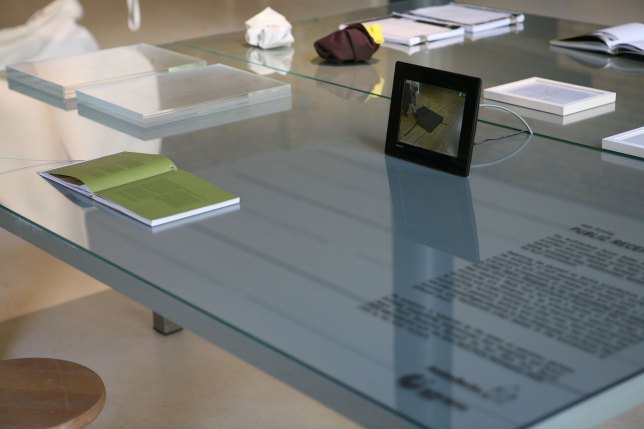 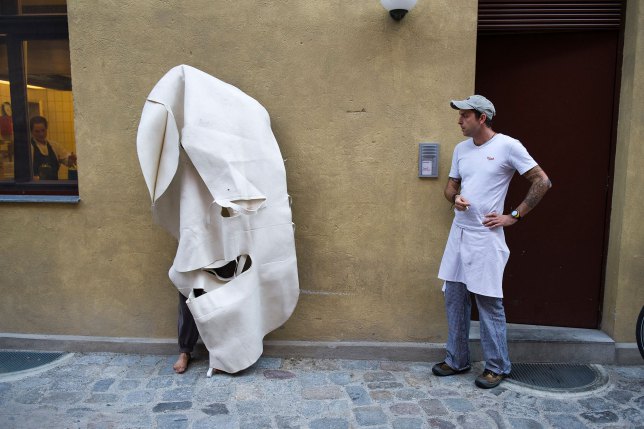 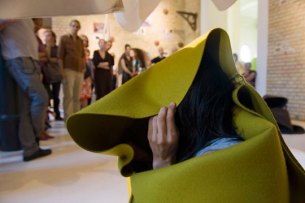 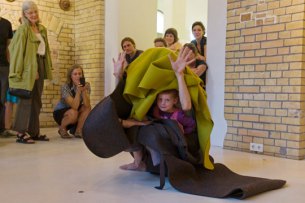 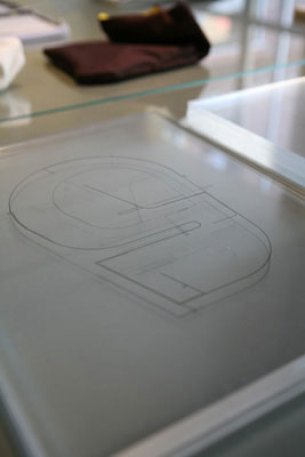 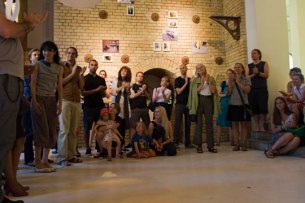 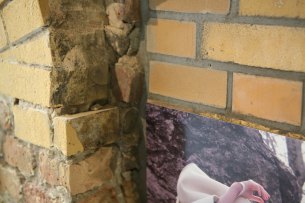 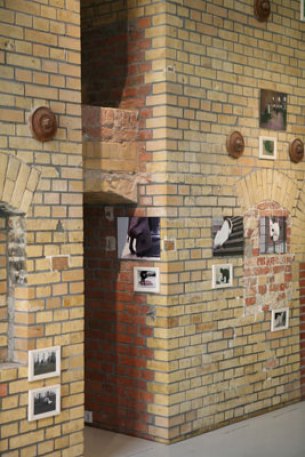 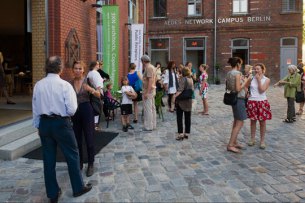 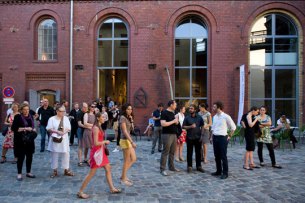 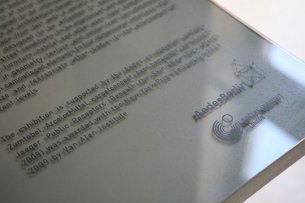 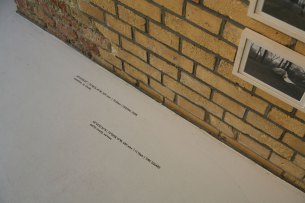 The works of the Berlin-based architect Gabi Schillig engages with the space taken up by the human body. Schillig’s wearable spatial structures mediate between private user and public space, provoking new relationships between the body, clothing and the built environment. In action, her tactile fabric structures transform in their geometry, texture and colour from two-dimensional to three-dimensional within the urban environment , enabling new modes of interaction.

Public Receptors thematises connections between body, architecture and materiality and their interplay within an urban space. In particular it is the human body that serves as transformative power as well as the place for the moveable spatial structures to transform. These architectronic systems are small in scale and unfold only once they are used and have interacted with the body, leading to a kind of ‘body architecture’, an architecture for the body that enables it to expand into space. The textile structures and spatial garments possess the potential for the body to expand in space and to project people’s longings out into urban surroundings: the limits of the body architectures are elastic and and not static.

A series of textile structures will be put into place in and around both the Goethe-Institut in London and at Aedes am Pfefferberg, Berlin. These textile structures are changeable and adaptable to different functions and situations through the participation of their wearer and become an interface between the body and the (built) environment.

Public Receptors researches the potential of soft geometries and textile surfaces and generates alternative spatial constellations and kinds of interaction in the public sphere. The interplay and simultaneous tension between internal and external, private and public are thematised in a way that affects the transformative potential of space, body and material so that action and perception become one. Thus architecture becomes a system of temporary control and space is created to allow for physical presence.  On the occasion of the exhibition openings in London and Berlin there will be live performances indoors and outdoors by dancer Yui Kawaguchi as part of the Exhibition Road Music Day, the London Festival of Architecture and the fashion fair Bread & Butter.

An Aedes exhibition project in London as part of the London Festival of Architecture 2010 and afterwards in Berlin on the occasion of the Berlin fashion fair Bread & Butter.