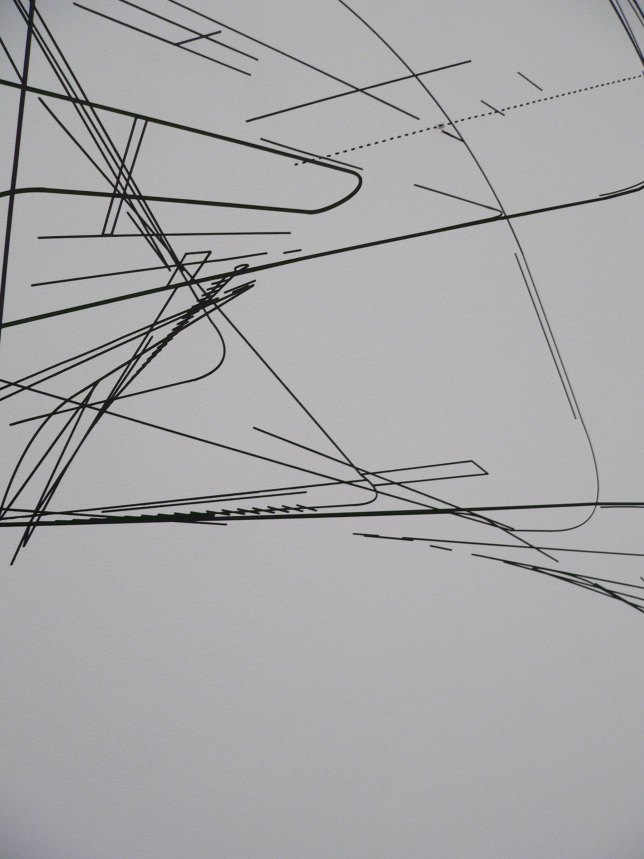 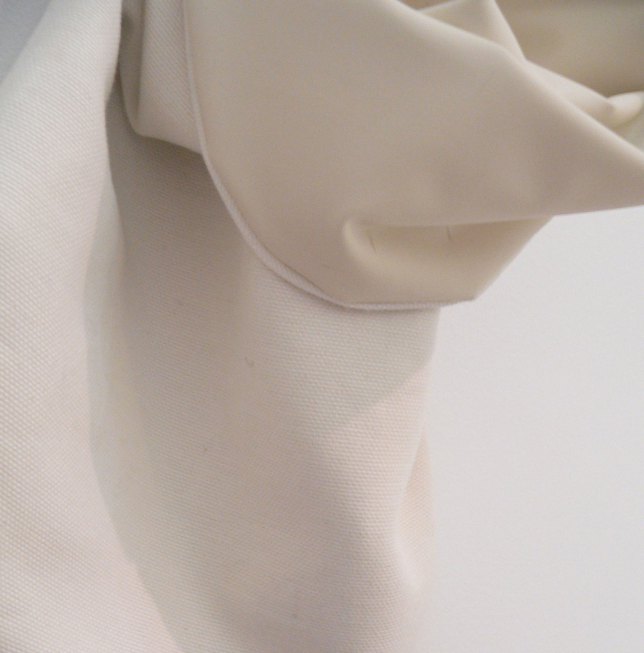 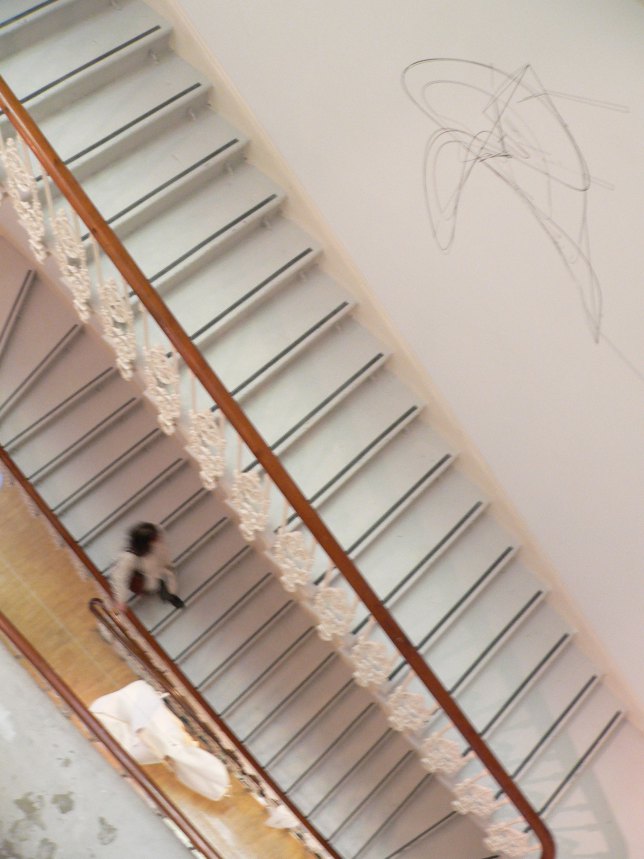 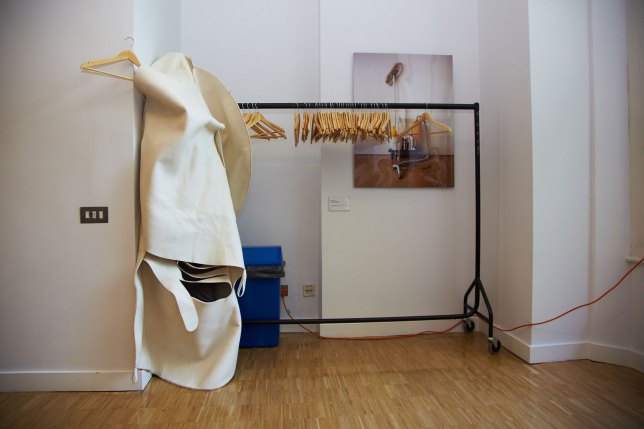 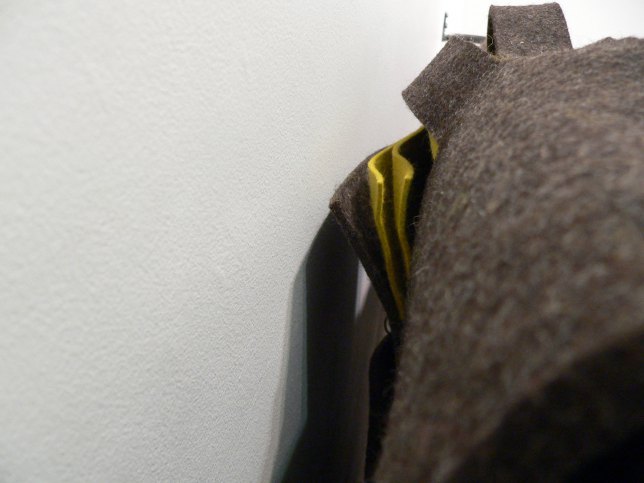 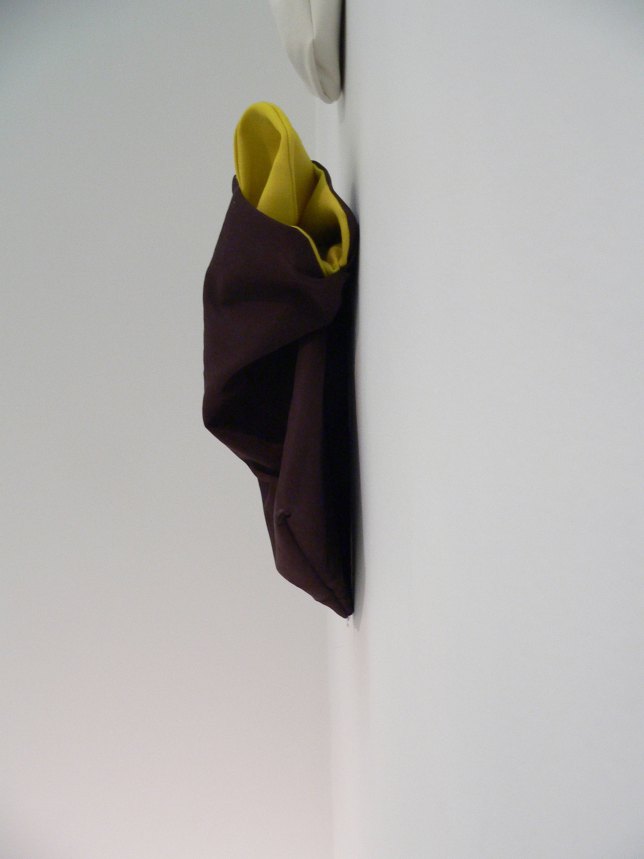 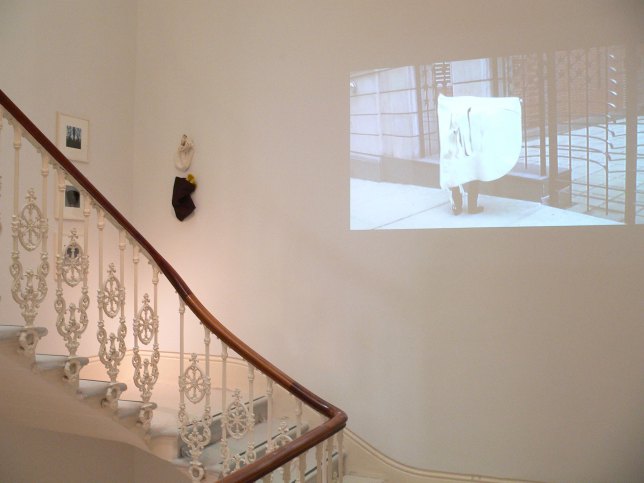 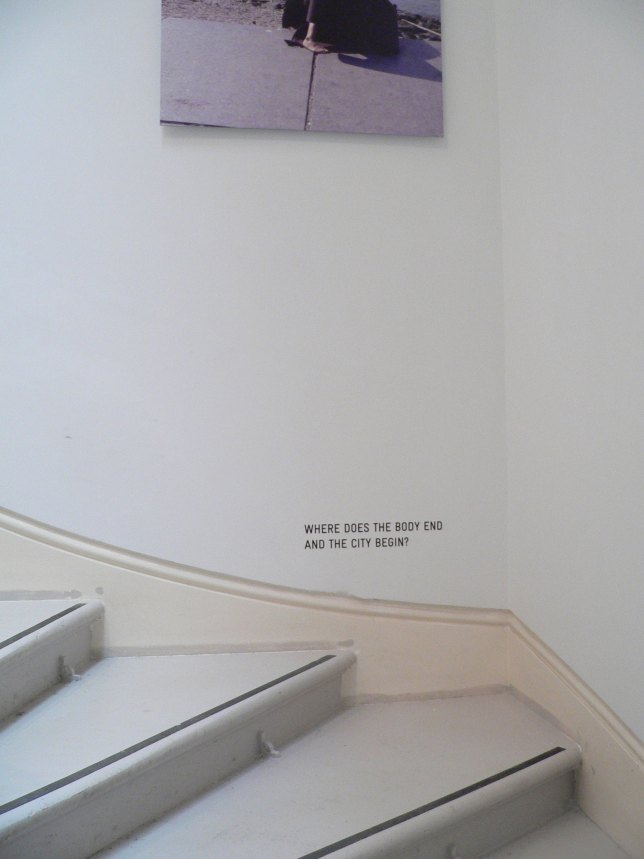 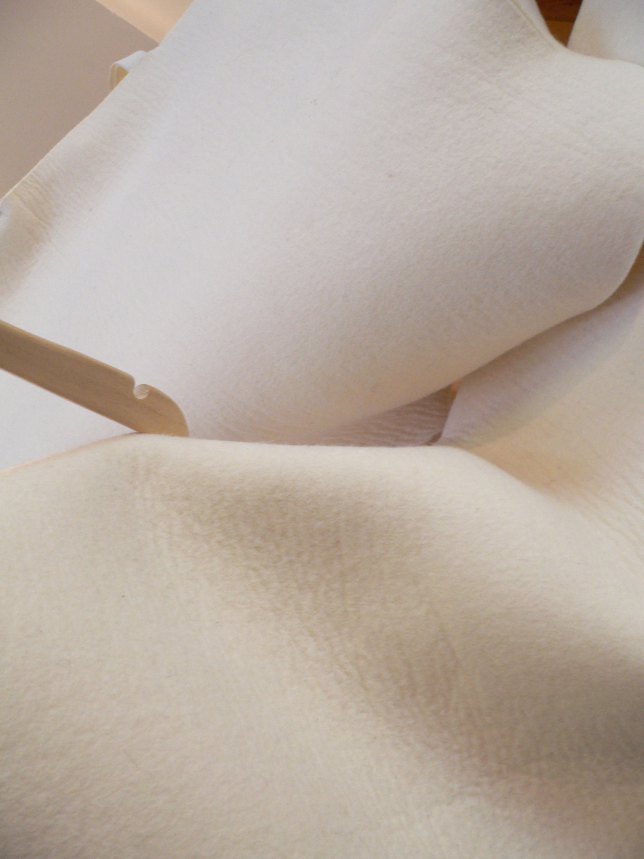 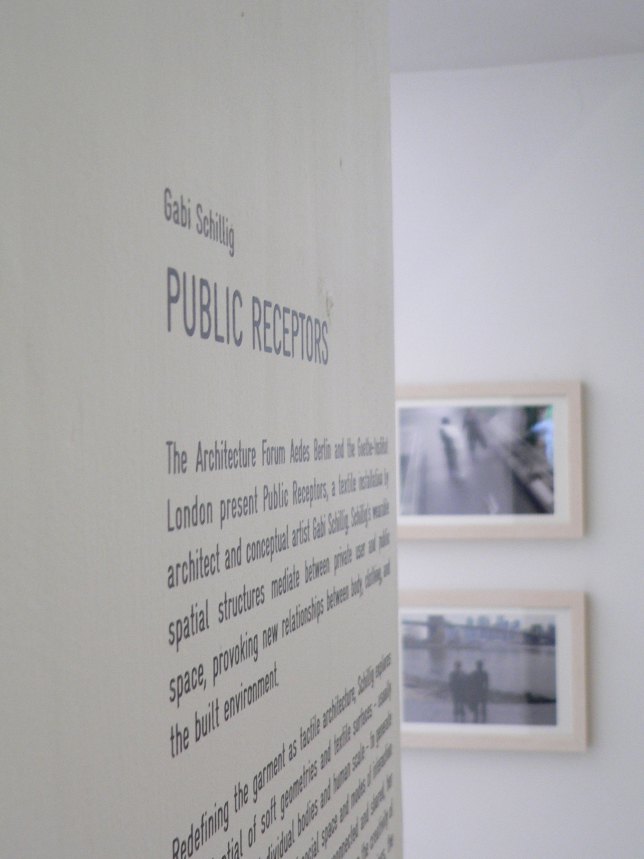 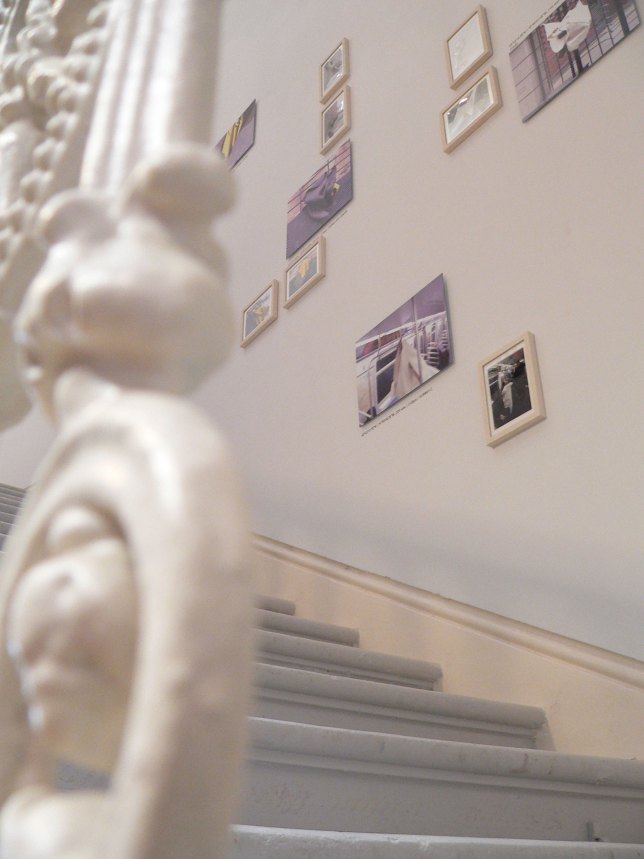 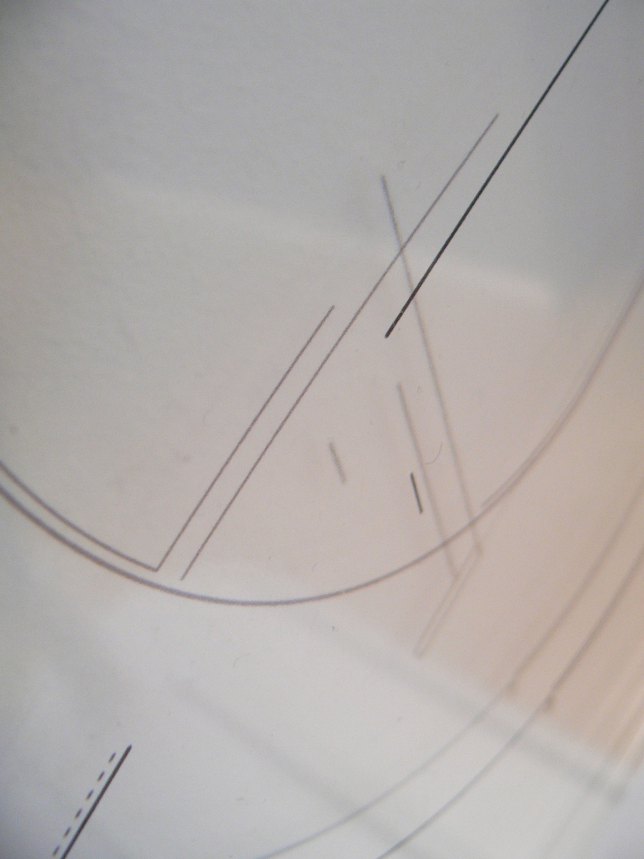 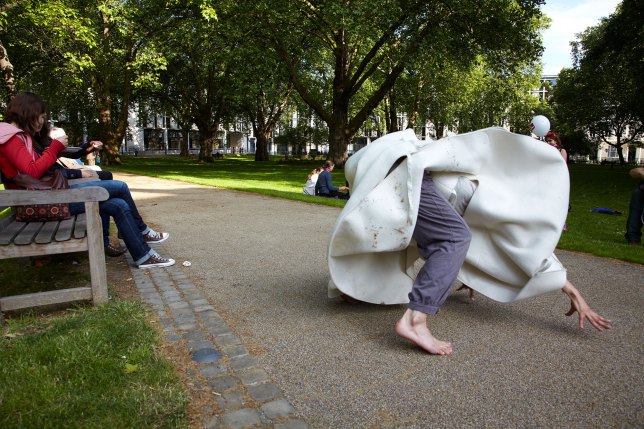 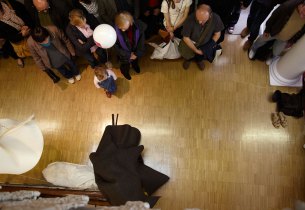 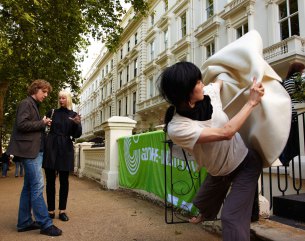 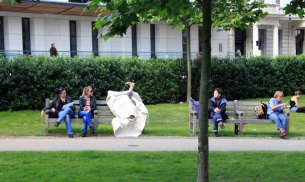 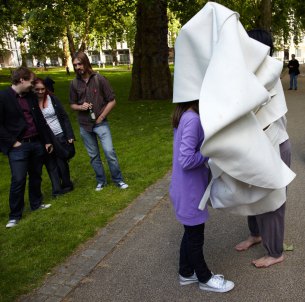 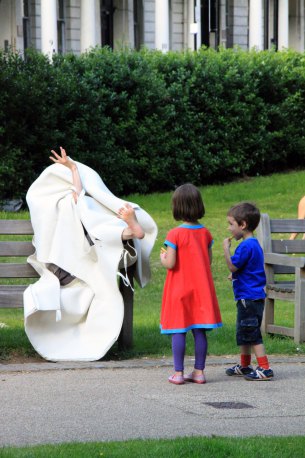 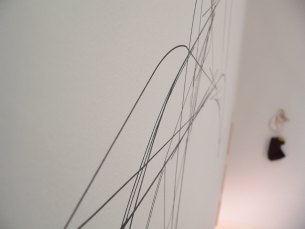 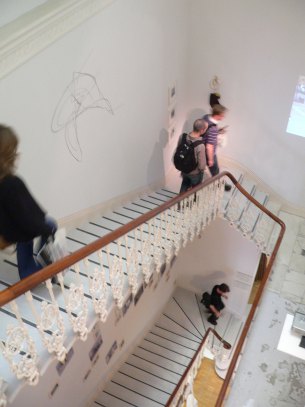 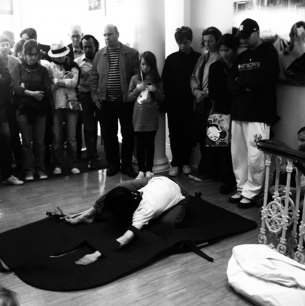 The Goethe-Institut London is pleased to present Public Receptors by Gabi Schillig.

The work of the Berlin based architect Gabi Schillig engages with the space of the human body. Schillig’s wearable spatial structures mediate between private users and public spaces, provoking new relationships between bodies, clothing, and the built environment. Upon contact, her tactile fabric structures transform in geometry, texture, and colour from two-dimensional and often camouflaged elements in the city to three-dimensional interfaces that sensitize and re-associate urban bodies to environments, enabling new modes of interaction.

This project is realised in collaboration with the Architecture Forum Aedes on the occasion of the London Festival of Architecture 2010 / International Architecture Showcase. The Performance by Berlin based dancer Yui Kawaguchi will take place on June 20, 2010 at 5pm in the framework of the Exhibition Road Music Day.