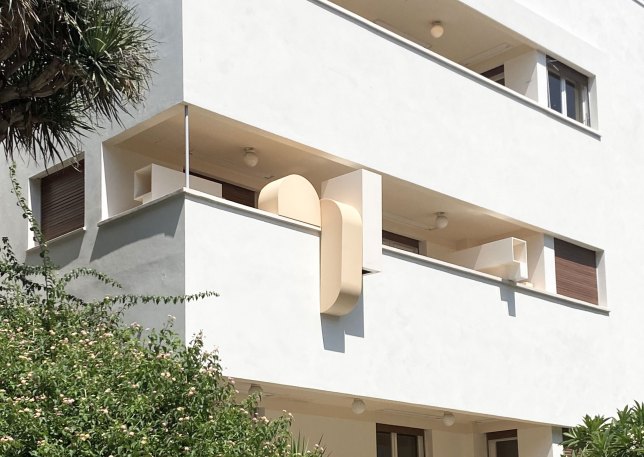 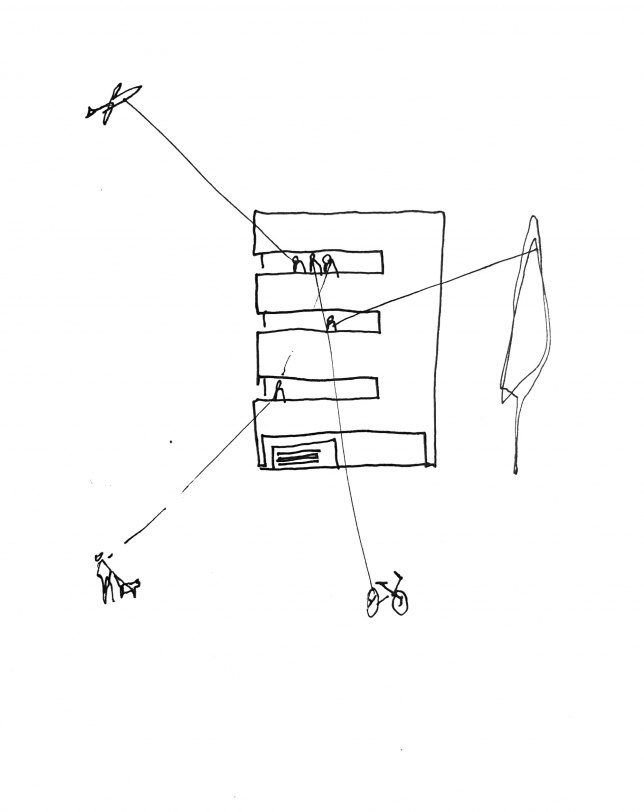 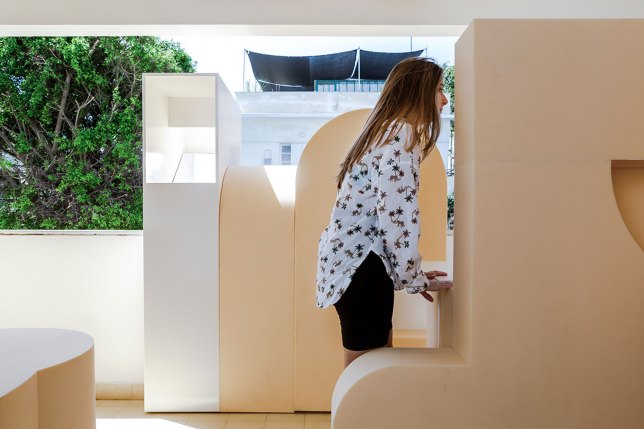 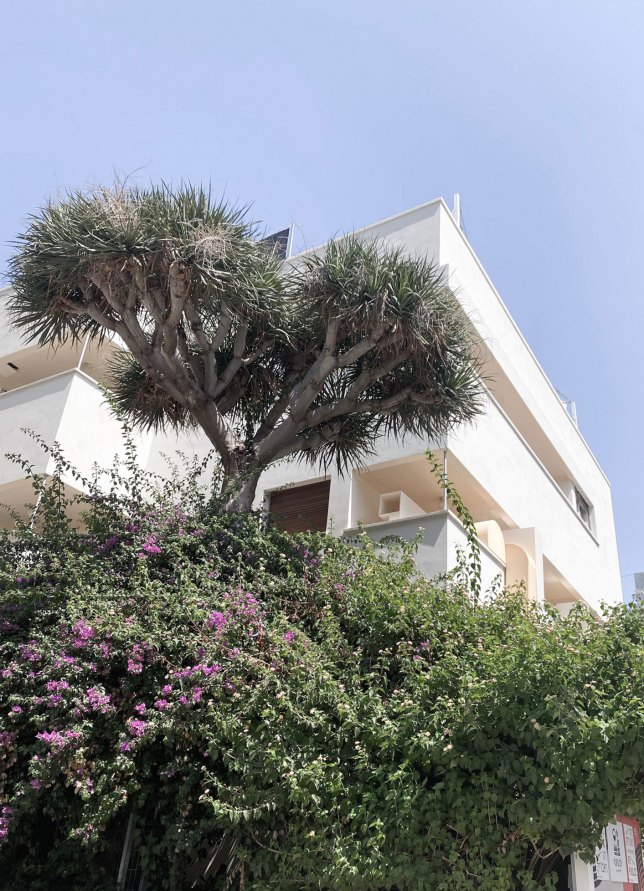 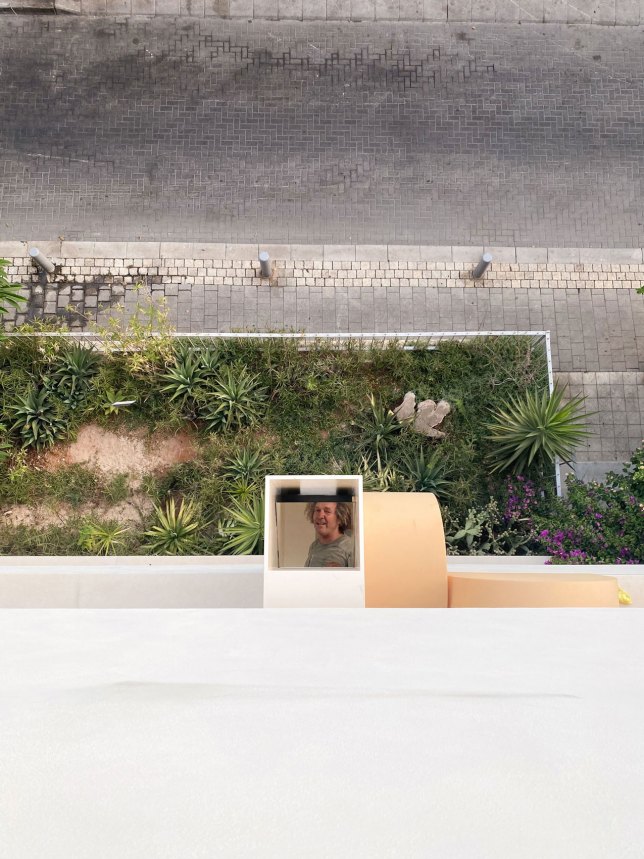 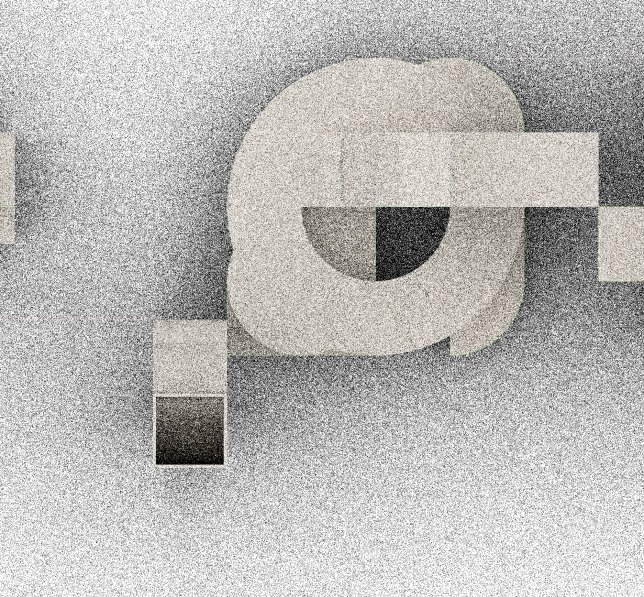 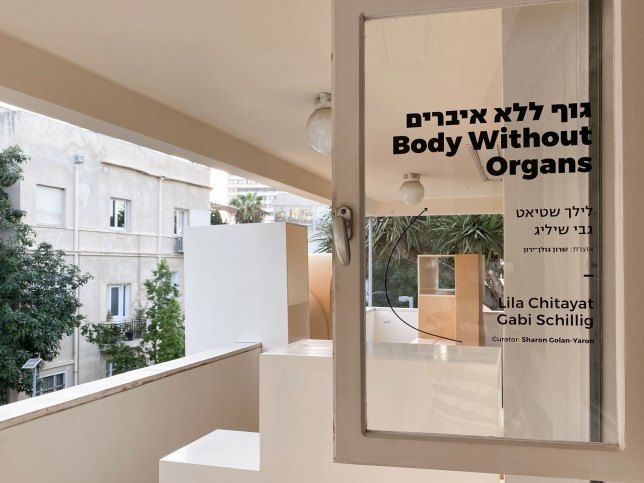 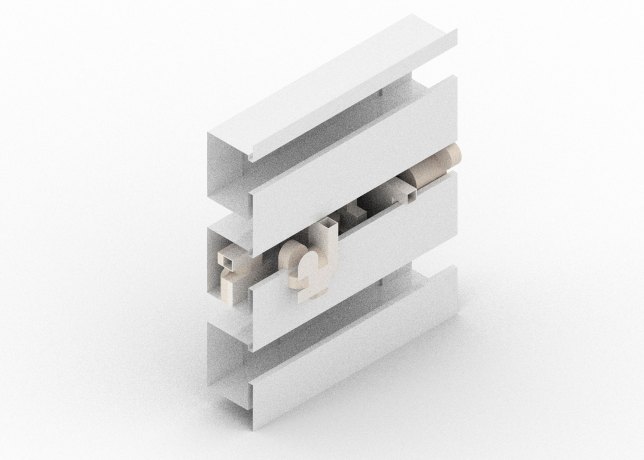 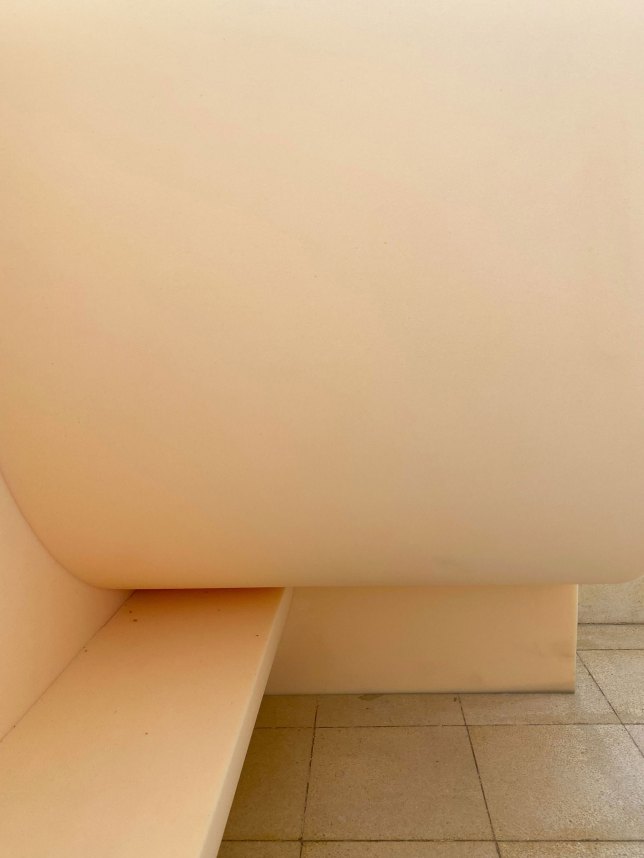 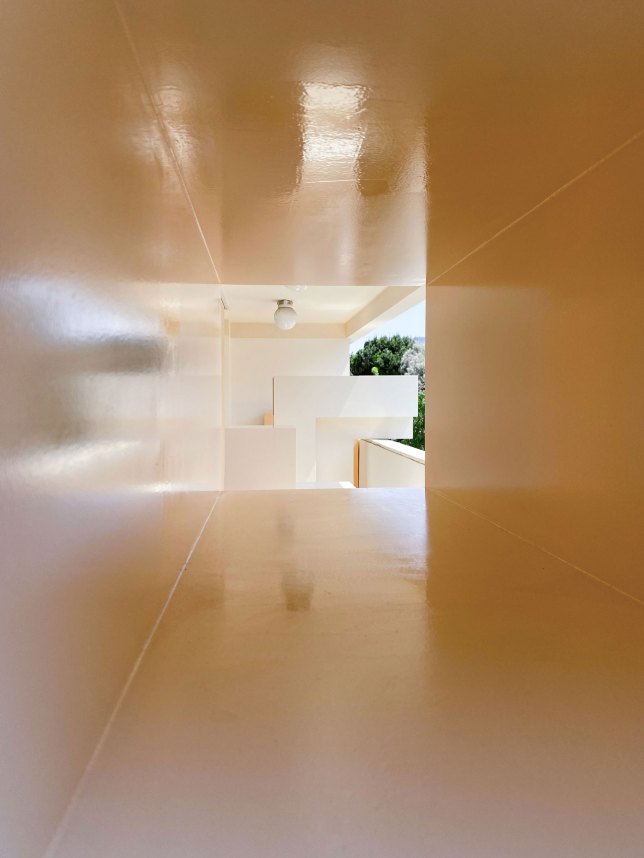 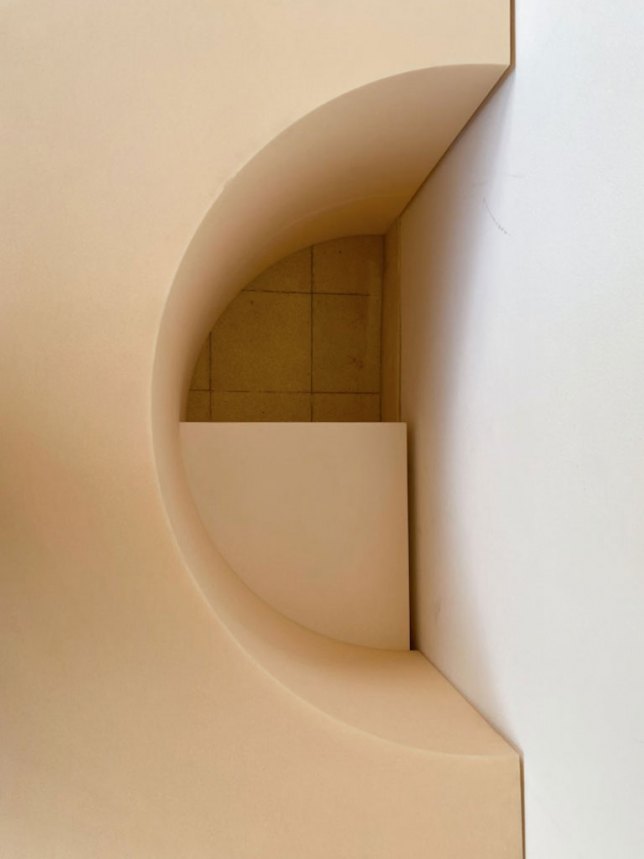 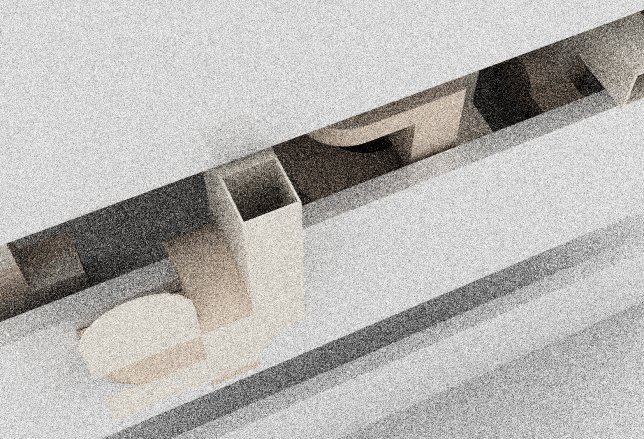 „A plateau is a piece of immanence. Every BwO [body without organs] is made up of plateaus. Every BwO is itself aplateau in communication with other plateaus on the plane of consistency. The BwO is a component of passage.“`*

The installation created by Lila Chitayat and Gabi Schillig includes hybrid spatial elements - made of wood, foam and sound - examining how the presence of bodies and people, located in a public-private sphere play a role for potential new communication and public actions. The work was created as a dialog between the artist and two cities of Tel Aviv and Berlin.

The spatial structures of ‘body without organs*’ emerged from an interactive spatial vocabulary developed throughout the course of the past year 2020 between Gabi and Lila, as a distant spatial exploration of a private / publicvoid. The emerging spatial landscape, not an architectural extension nor a furniture, is a new plateau for virtual and physical communication expanding the body to be a space, while referring to the concept of „body without organs“* by Deleuze/Guattari in which a body that is lacking its organs / organization becomes a fluid and changeable system, a new plateau for exploration and communication. The evolving spatial structures derived from the specific architectural situation of the balcony at Liebling Haus - resulting in a hybrid spatial structure that can be walked on/inhabited and used, inviting people to contact and encounter them through their soft materiality. They are body extensions, dwellings, sound sculptures and image-transmitters. They visually and auditorily narrate moments and situations of public spaces in Tel Aviv and Berlin. At the same time, they are viewing apparatuses that direct the visitor‘s gaze to the immediately surrounding, thepublic space. The installation is a hybrid space between the two cities and a dialogical space between people.

The work was developed for the exhibition Re-Public at Liebling Haus Tel Aviv and is presented simultaneously both Tel Aviv and in Berlin at the gallery ‚Under The Mango Tree‘.

We sincerely thank NEVEON Eurofoam Deutschland GmbH Schaumstoffe, Dörfles Esbach for the development and production of the foam elements.