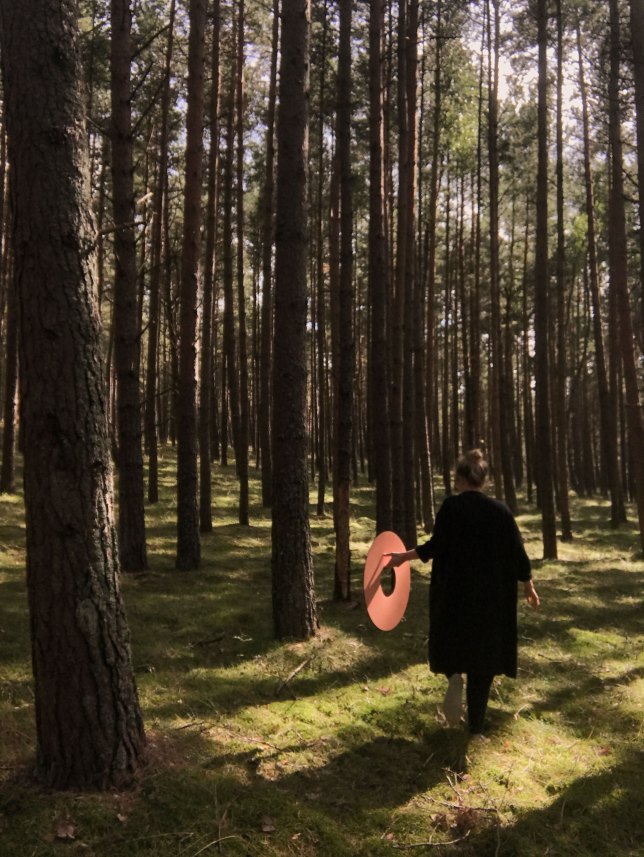 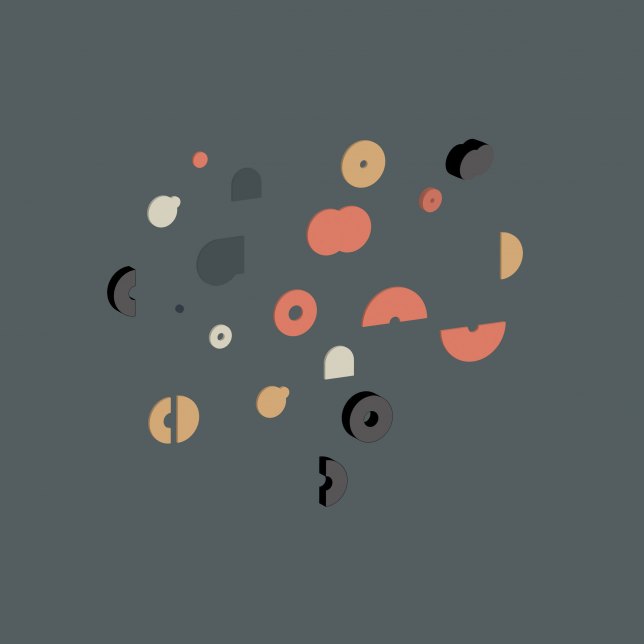 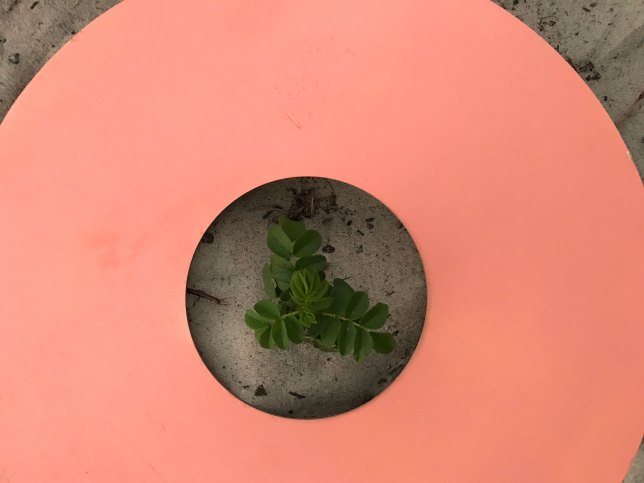 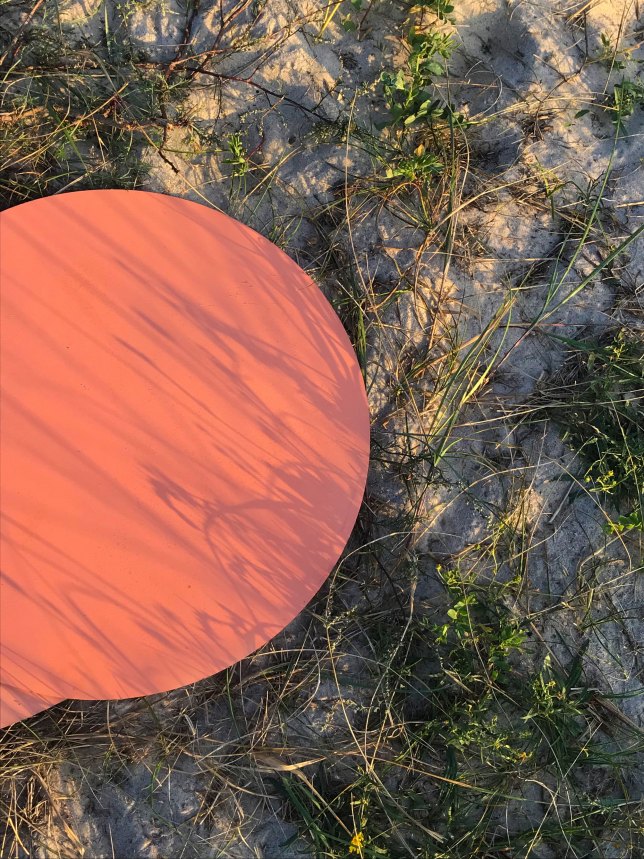 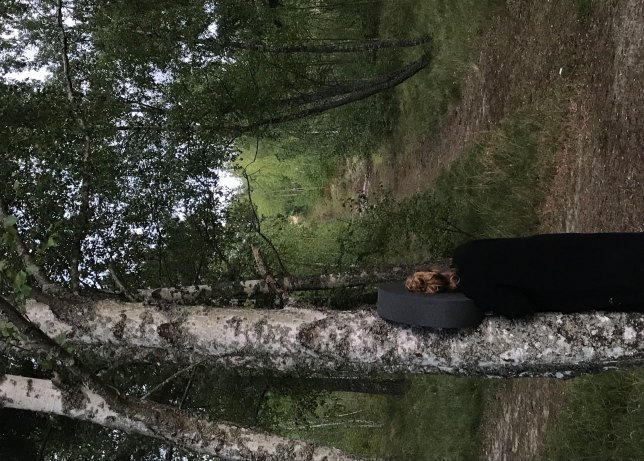 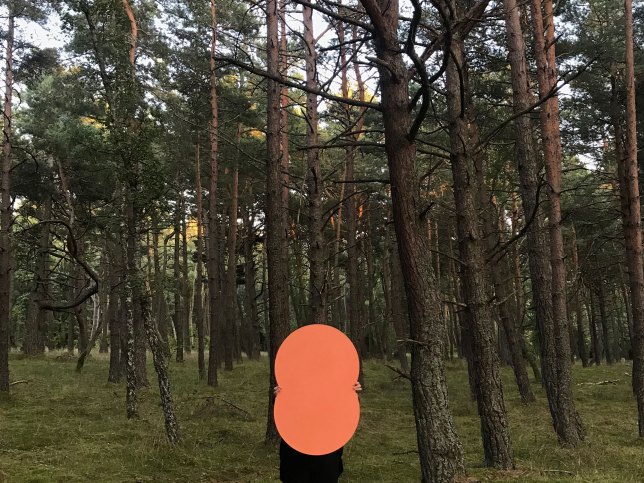 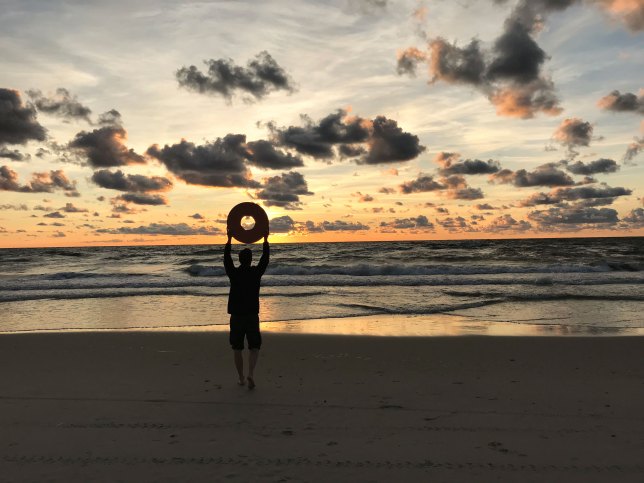 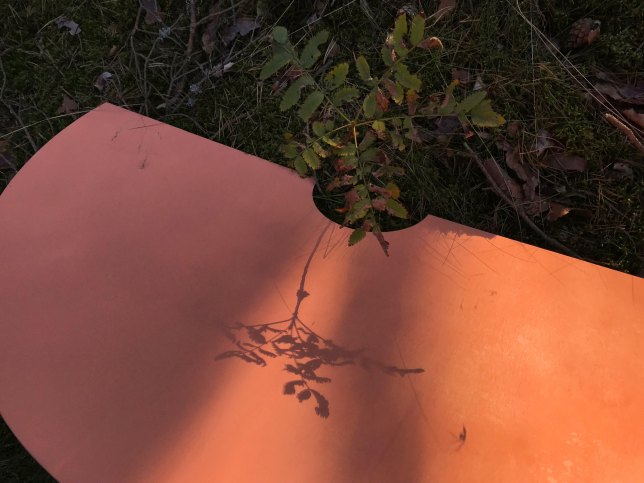 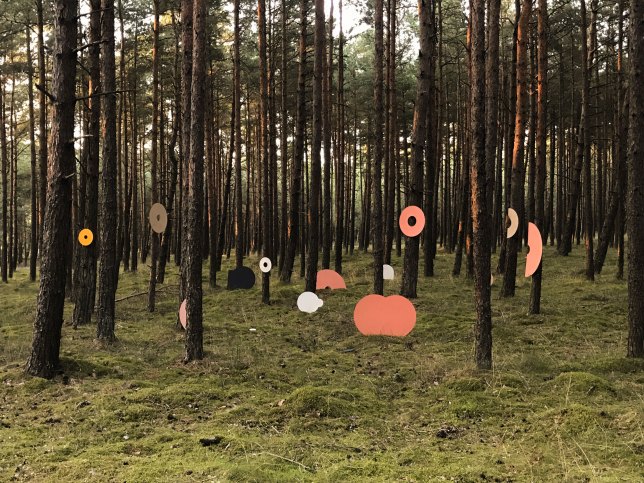 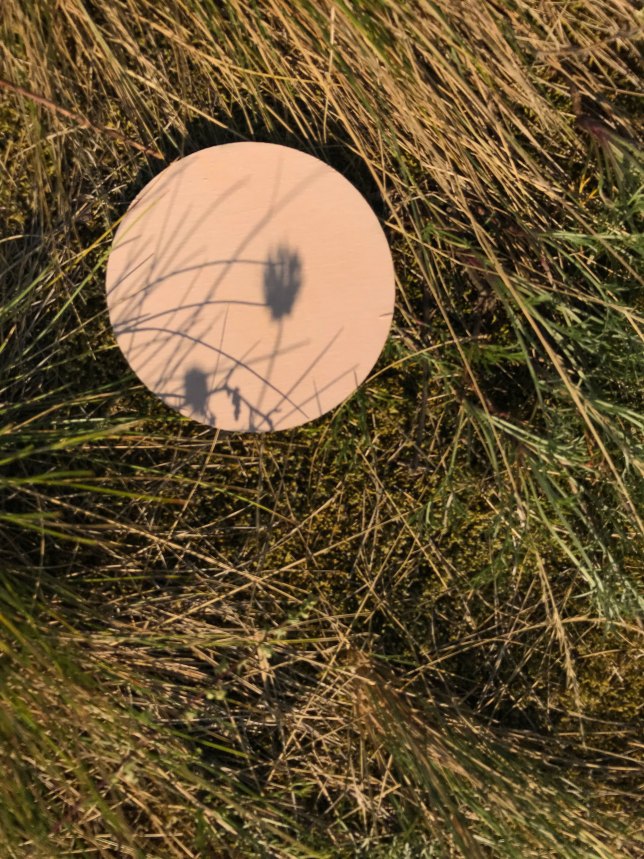 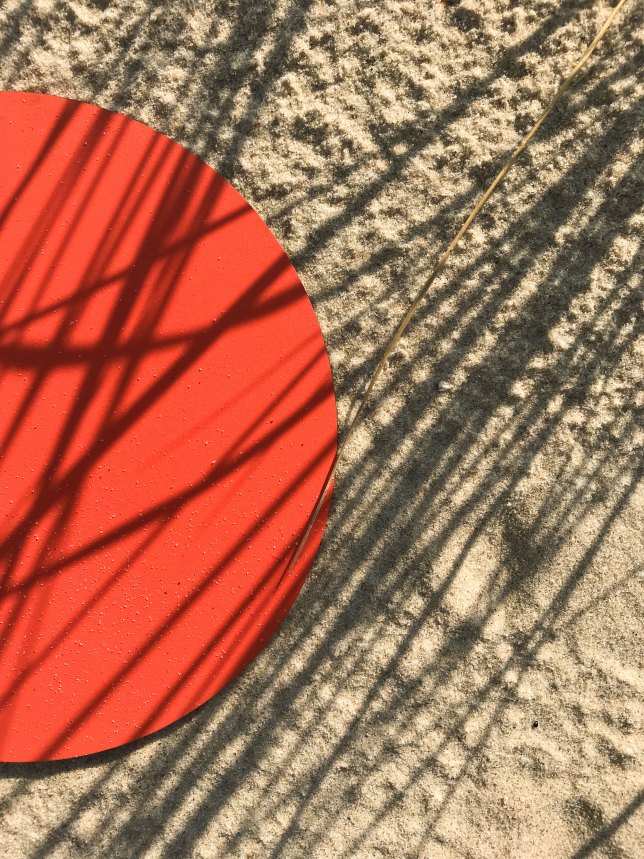 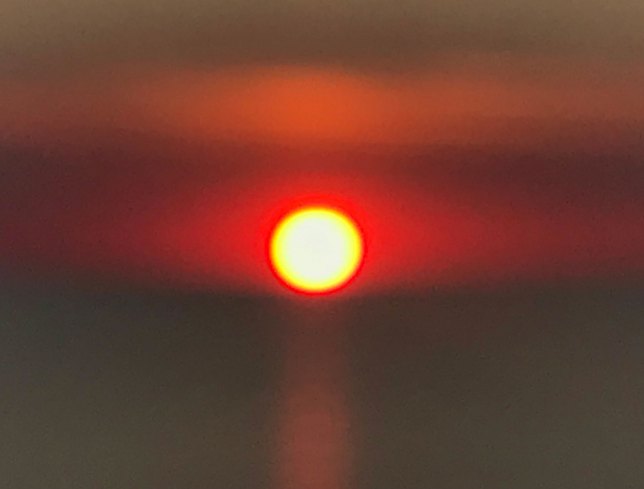 A series of artistic experiments during an artist residency at Nida Art Colony in 2018 explored the notion of ‚nature‘ and landscape as a ‚museum‘. Through experimental displays, performative body objects and spatial installations my intention was to explore the landscape as a social and cultural construct. How can space, performative objects through form, materiality, color and geometry become mediators for experimental spatial communication?

In the book „Tourists Like Us. Critical Tourism and Contemporary Art“ (1) Lithuanian curator Vytautas Michelkevicius discusses with Federica Martini the concept of „Invented Nature“, based on an essay by Wilko Graf von Hardenberg (2): „The Curionian Split is a cultural landscape (...) it is a double construction: first by men physically and later on by tourists visually and conceptually“(2). Furthermore Vytautas Michelkevicus writes that the notion of an ‚invented nature‘ „relates to a constructivist approach, because the invention is not only physical but also discursive“ (3). In this context he refers to the „construction of nature as a museum, both cultural and natural“.

In August 2018 a series of spatial experiments were developed that have become mediators for exploring various spaces of the Curonian Split as cultural and social landscapes, exploring them through a constructivist concept of reality, where reality is considered as subjective, based on something that is perceive with all senses and that is formed through individual, former experiences.

A series of constructivist wooden and soft objects, based on circular geometries are without specific, pre-defined functions and are therefore open for individual appropriation. Worn, carried and installed in the ‚natural‘ surrounding around Nida they enable an appearance of absurd and irritating situations in the landscape. They were carried on the body or implemented into the landscape and through their functional indeterminacy they invite the viewer to use them as playful, performative and relational objects in Nida´s forest, sand dunes and on the beaches of the Baltic Sea to explore those situations in an uncommon way to broaden human perception and imagination. Through the relational use of those experimental dialogical ojects the exterior landscape is transformed to an interior space that is inhabited by the wearer.

A project developed within the scope of an artistic residency at Nida Art Colony, Lithuania